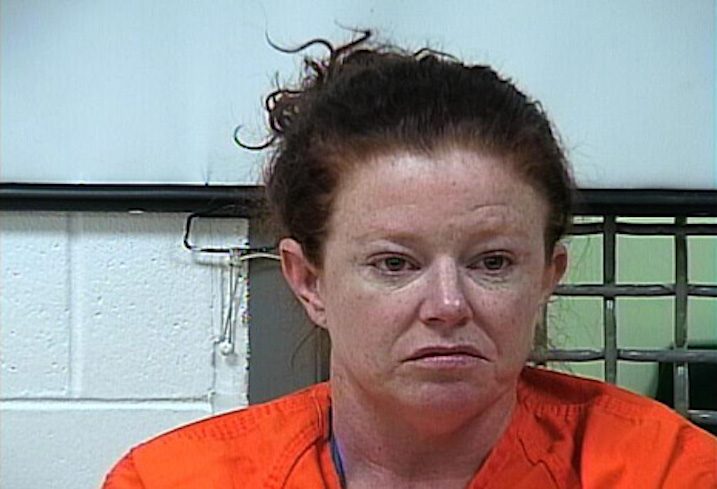 Never Do A Cartwheel While Going Commando!

Wearing underwear can be a real pain at times.

It can bunch up underneath your clothes, give you wedgies and even ruin your outfit by making weird lines all over your butt. Therefore, it should come as no surprise some people prefer to skip out on the panties and just go commando.

While there’s nothing necessarily wrong with free-ballin’ it, there are some things you should probably refrain from doing without underpants — like, you know, flash your vag to a bunch of kids by doing cartwheels in a dress, sans panties.

Unfortunately, a teacher from Oklahoma learned this the hard way after she was arrested for indecent exposure as a result of her X-rated acrobatics.

Police claim Lacey Sponsler, a 34-year-old substitute teacher at Pawhuska High School, was taken into custody on February 1 after she showed her vagina to students while performing a cartwheel “with no under garments on.”

The video, which was apparently captured in a junior high school choir room, shows Sponsler wearing a long, floor-length dress.

However, as Sponsler goes in for the cartwheel, she kicks her legs up in the air and her flowing dress falls prey to gravity.

The inverted motion of the cartwheel makes Sponsler’s dress “flip up,” which in turn, causes her “to expose herself to the students in this class.”

According to Police Chief Scott Laird, “This act was captured by a student on their cell phone.”

A police officer reviewed the video and confirmed the allegations, stating, “I further noticed that the defendant was not wearing any type of underwear.”

A 17-year-old female student from Pawhuska High School told investigators, “She was not wearing underwear before performing the cartwheel,” which exposed her “bare vagina.”

If the mere thought of seeing you choir teacher’s vagina isn’t enough to scar you for life, the student gave a graphic description of the incident, claiming she saw Sponsler’s “vagina open and close, as her legs were in the air.”

The student also alleges Sponsler has been talking about drugs and telling the students about how she “thought 14-year-old boys were like men,” right before giving the class an eyeful.

Sponsler initially told police she did not perform the commando cartwheel in her class. Instead, she claimed she was simply “trying to be a cool teacher” by dancing with her students.

After investigators informed her that the cartwheel had been captured on a Snapchat video, she told police that she “did not remember performing a cartwheel or exposing her vagina and buttocks.” But as well all know, Snapchat doesn’t lie.

Shirtless asshole gets a healthy dose of karma

Police Discover 12-Year-Old Girl Is Pregnant. But When They Dig Deeper, They Uncover Mom’s...