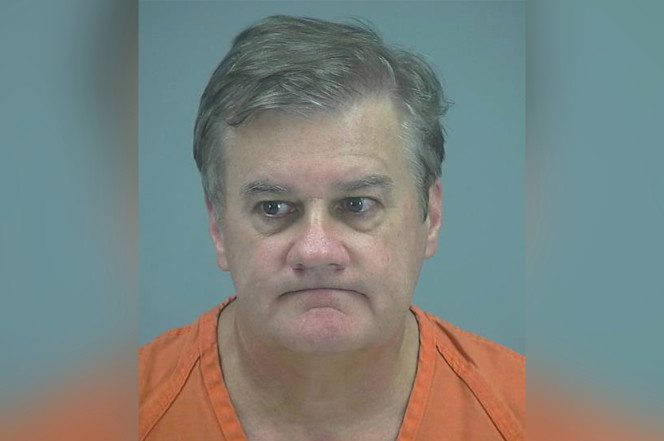 An Arizona principal was busted luring teenage girls to a “skinny-dipping party” at his house, according to police.

The longtime educator is facing charges of luring a minor for sexual exploitation and aggravated luring/misrepresenting his age after he admitted to posting invitations to the proposed pool tryst online.

Waggoner, who is originally from Texas, had just been hired in July as principal of Four Peaks Elementary School — with this being his first official week, CBS 5 reports.

His online advances were uncovered last week by sex crime investigators, who later launched a probe into his actions.

“Our sex crimes detective conducted an undercover investigation, posing as a 14-year-old girl, after spotting one of Waggoner’s ads,” officials said in a press release. “During the course of the investigation, Waggoner engaged in sexually inappropriate conversations, discussed engaging in sexual acts with our undercover detective and provide sexually explicit photos.”

Waggoner was not far from Four Peaks when he was taken into custody Tuesday, according to cops.

He had been allegedly luring teens online just days before he was set to start at the school.

“Even up until this weekend, Mr. Waggoner was posting ads online soliciting young girls for sex,” Lamb said.

The principal was reportedly living in Scottsdale after being hired out of the Lone Star state.

“Waggoner held a position of trust, spending decades educating middle and high school students in Texas,” Lamb said. “We are working with those law enforcement agencies to see if there are any victims out there. Considering the evidence, we are grateful we were able to arrest Waggoner and keep him from victimizing children in our county.”

Gouged bullfighter gets his anus stitched back together

Wives Reveal Why They Cheat On Their Husbands