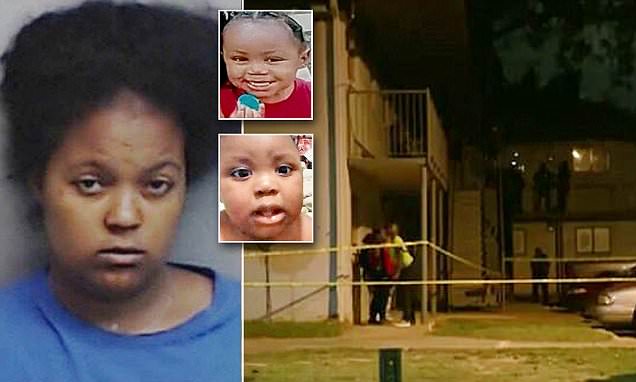 An Atlanta mom is accused of killing her 1- and 2-year-old sons by cooking them alive in an oven — and then sending their father footage of the grisly aftermath.

A warrant for her arrest claims the 24-year-old single mother of four killed the youngsters “by placing them in an oven and turning it on,” the paper reported.

The official cause of death is pending an autopsy.

Williams called the boys’ father, Jameel Penn, Friday night to show him live video of the crime scene — including the children lying burned on the floor — which prompted him to call 911.

“I ain’t got no soul no more,” the grieving dad said during a Saturday vigil, according to the Journal Constitution. “Ja’karter, Keyante, my world, my everything. I’m lost.”

Williams was was arrested on felony murder charges on Saturday and was ordered held without bond in Fulton County jail. She told cops that she left the kids in a sitter’s care and found the kids dead when she came home late Friday.

Relatives told the Constitution Journal that Williams suffered from an un-diagnosed mental disorder.

Her 6-year-old daughter was placed in family members’ care, according to police, but it was not immediately clear where her fourth child was.

Williams did not show up to her first court appearance Monday.

Lamora Williams to make 1st court appearance at 11 a.m. Suspected of murdering her sons. @11AliveNews will be there https://t.co/vSHx6Swg5E pic.twitter.com/Yl4iIHrlSZ

Single mom dresses up as man so she can attend ‘Dads and Doughnuts Day’...

Mom Gets 51 Years In Prison For Selling 11-Year-Old Daughter As Sex Slave In...

NY Subway rider wakes up to man peeing on her face