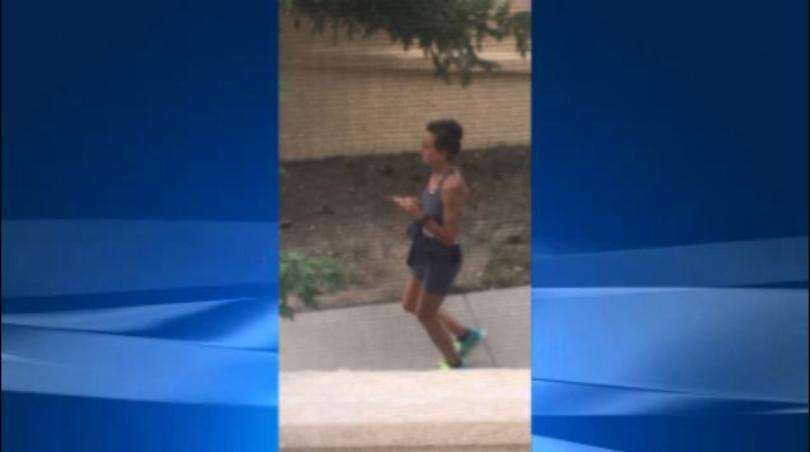 This jogger has a serious case of the runs — and she just doesn’t give a crap.

A Colorado mom is losing her s—t over a mystery woman who’s been pooping outside her house at least once a week.

But instead of cutting the crap, the woman — whom the Buddes have dubbed “The Mad Pooper” — has returned to do her business outside the family’s house for at least the past seven weeks, even though there’s a bathroom across the street.

“I thought for sure she’s mortified, it was an accident, she’ll go get a dog bag, come back, clean it up, never run here ever again,” said Budde, who said the jogger comes armed with napkins. “Not the case.”

The Buddes have since turned to the Colorado Springs Police Department for help in nabbing the carefree crapper.

But cops are just as dumbfounded.

“I’ve been here 35 plus years and I’ve never experienced someone that has been defecating in the same area multiple times. It’s bizarre,” Lt. Howard Black told The Post.

Black acknowledged the toilet humor behind the mystery — but said the culprit could have a legitimate mental health issue.

“I don’t want to make this a joke if this is someone in crisis or there’s an issue there,” he said.

The feces fiend could face charges of public defecation, if caught.

“This is an investigation, we will get her identified,” said Black. “We want to hold her accountable for this inappropriate behavior.”

“I put a sign on the wall that’s like ‘Please, I’m begging you, please stop,’” said Budde, who’s taken photos of her mid-action. “She ran by it like 15 times yesterday, and she still pooped.”

“There’s plenty of public restrooms less than a block away from where she’s targeting,” the fed-up mom added. “This is intentional.”

Man Catches Girlfriend Cheating In Bed With Another Man. So He Took Selfies With...