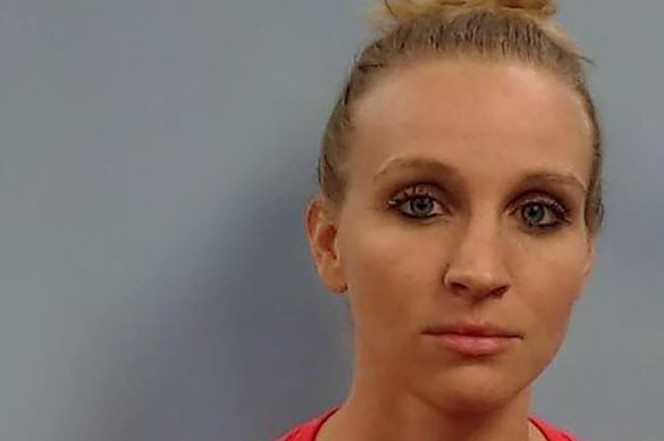 A 16-year-old boy was raped by a married female janitor when he rebuffed her advances, and now his family has filed a $4.5 million lawsuit against the Tennessee school for allowing the depraved assault to happen, according to a report.

Jessica Galyon’s creepy overtures began last August when she insisted that the boy give her his phone number and add her as a friend on Facebook, the Knoxville News Sentinel reported.

The 29-year-old custodian, who worked at Midway High School in Kingston, then starting sending the teen “flirtatious and sexual messages” – even though he made it clear that they were “unsolicited, unwanted and unwelcome,” the lawsuit said.

Still, Galyon tried to coax the boy to a hotel room on Sept. 16 so they could have sex, but he refused her advances, telling her he didn’t want “any further contact” with her, according to the suit.

The teen eventually confronted Galyon about her persistent come-ons – and that’s when she took him into a room at Midway and allegedly raped him during school hours.

She swore him to secrecy, saying she could lose her job, husband and her children.

“This was the first ever sexual encounter of any kind that [the boy] had ever had in his life,” the suit said.

The lawsuit claims Galyon’s continuous advances toward the boy were well known throughout the school – and that students and faculty bullied the boy by referring to her as his “girlfriend.”

One staffer even admitted to the boy that he was “jealous” of him “because he wanted to have sex with Galyon,” the suit said.

The bullying prompted the boy to drop out of Midway, enroll in homeschooling, and attend weekly counseling sessions.

It’s unclear when exactly the rape occurred, but a month later, a school employee alerted the administration about it, leading to Galyon’s arrest Feb. 23.

Roane County Director of Schools Leah Watkins told WBTW News that Galyon was a contractor for the district, not an employee, and that she’d been barred from school property.

Dad destroys daughters AUDI after he caught her fooling around with a boy in...