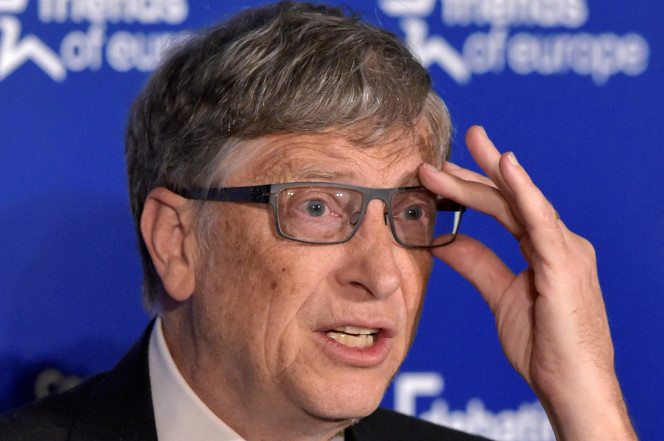 Bill Gates, the co-founder of Microsoft and world’s richest man, said in an interview Friday that robots that steal human jobs should pay their fair share of taxes.

“Right now, the human worker who does, say, $50,000 worth of work in a factory, that income is taxed and you get income tax, Social Security tax, all those things,” he said. “If a robot comes in to do the same thing, you’d think that we’d tax the robot at a similar level.”

Gates made the remark during an interview with Quartz. He said robot taxes could help fund projects like caring for the elderly or working with children in school. Quartz reported that European Union lawmakers considered a proposal to tax robots in the past. The law was rejected.

Recode, citing a McKinsey report, said that 50 percent of jobs performed by humans are vulnerable to robots, which could result in the loss of about $2.7 trillion in the U.S. alone.

“Exactly how you’d do it, measure it, you know, it’s interesting for people to start talking about now,” Gates said. “Some of it can come on the profits that are generated by the labor-saving efficiency there. Some of it can come directly in some type of robot tax. I don’t think the robot companies are going to be outraged that there might be a tax. It’s OK.”

Last month, Gates told FOX Business Network’s Maria Bartiromo that he is excited to work with President Trump and his administration, especially when it comes to the U.S. government’s support of the Bill & Melinda Gates Foundation and Global Alliance for Vaccines and Immunization he said.

“How we continue that type of outreach and how it helps our security that we are helping those countries to be healthy and be stable,” he said. “There will be some great conversations and be some ideas about new investments that can be made.”

Read more at our site But Im Just Saying.